Cristal Union has taken a major step in the roll-out of its energy transition policy by joining the Science Based Target Initiative (SBTi) in December 2020. The cooperative has also been awarded an A- rating (C in 2019) by the Carbon Disclosure Project (CDP), thereby demonstrating continued improvement in its energy performance.

News, Press releases Cristal Union is increasing its commitment to the fight against global warming

“For more than 10 years, Cristal Union has been transforming its practices. Now that our energy transition is complete, we are working on regulatory obligations to reduce the carbon footprint of our activities. It’s all the work done up until now that has allowed us to take this new step. So, we’re starting 2021 with a sense of determination and desire to strengthen our efforts to reduce our carbon footprint. “, emphasizes Alain Commissaire, Managing Director of Cristal Union 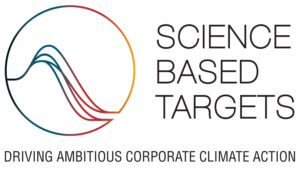 By taking part in the SBTi initiative, Cristal Union is affirming its desire to adopt a coherent carbon trajectory in line with the objective of limiting the rise in global temperature by a maximum of 2°C by 2100. The Group has thus joined the circle of 1,100 pioneering businesses worldwide who are committed to SBTi. This ambitious decision relates to both greenhouse gas emissions from the Group’s activities, and, total emissions including all agricultural and commercial partners, from beet farming to customer deliveries.

SBTi is the result of a partnership, established in 2015, between the CDP, UN Global Compact, World Resources Institute and the WWF. Its aim is to develop GHG scenarios which are designed to limit global warming by 2100, using absolute and linear methods to reduce emissions.

The Cristal Union Group has also been awarded an A- rating by the Carbon Disclosure Project (CDP), of which it has been a member since its creation in 2013. This international platform annually assesses and shares the environmental impact of its 8,000 member companies. This is awarded on the basis of the relevance of environmental policies, actions and projects undertaken to combat climate change. This rating places the Group amongst the leaders in implementing concrete and effective measures to combat climate change.

The cooperative has been wholeheartedly committed to the energy transition process since the year 2000. In 2018, it completed the first phase of support for major investments and ambitious projects, enabling all of the Group’s sugar refineries and distilleries to produce their thermal energy from natural gas and biomass. In this way, Cristal Union was able to reduce greenhouse gas emissions produced by sugar refineries per tonne of beets by 22%. Today, Cristal Union is taking a new step forward.